It's Time for Camp David Readers to Help Right a Wrong.


Sometimes a contest can be just the right thing to boost interest in your business. It gets you noticed by others and often will bring new "Likes" to your Facebook page which, hopefully, you can convert into actual clients.

Of course, all of this can blow up in your face when you handle things in awkward fashion.

Take the recent case of 1-800-Flowers who ran a contest back in March on their website, promising a year's supply of free dog food for the winner of the “There’s a New Bunny in Town Photo Contest.”

The winner had entered with the intent of dedicating her entry to the Lucky Dog Rescue, a 501 (c)3 non-profit operating in Mississippi. When her photo was actually chosen as the grand prize winner, she was elated . . . only to finally cut through miles of red tape to learn that not only would 1-800-Flowers not give her the award (based on a technicality), but they were denying the contest ever existed!

I won't bore you with all of the details, but you can read the whole story here on PetsAdviser.com

Where I'm going with this is two-fold.

First, think about the damage this is going to do to the reputation of this company. While 1-800-Flowers probably won't go out of business because of this, the Facebook community, the Twitterverse and more will ultimately hear this tale and think twice about using their services.

So . . . in YOUR business, what things do you do with good intention that end up backfiring? More importantly, what do you do to make them right once they've happened? (Think about it, because we'll discuss this in a later blog post.)

Now, let's get everyone who reads the Camp David Blog to do a couple of things to help make this right:

1 - Let's NOT bash 1-800-Flowers. That's beneath us. (You know how you would respond to that kind of thing, right? It just won't get us anywhere positive.)

2 - Click the link at the top of this post to share it with your friends. If they own a pet, ever owned a pet . . . heck, even if they're not much of a pet fan (like me) but have everr petted an animal of any kind, send it along.

3 - Get out an envelope and a $1 bill. Put a note on the dollar bil that says "In memory of Angus and Rio, from a Camp David Photographer", then put it all inside the envelope and address it to:

If you ever learned anything from one of these posts to help make your workflow simpler, save you some time or make more money in your photography business, then pay it forward.

It's only a buck . . . but enough of them will help with that dog food bill.

You guys all rock . . thanks for helping!

(I know, you're wondering who Angus and Rio are . . . Angus, a boxer, belonged to Kirsten. She had to say goodbye to him last July after 14 faithful years. Two weeks ago, she and I celebrated our wedding on the one year anniversary of that date. Rio was a happy-go-lucky pound pooch who belonged to David Jones of Camp David. Rio died Saturday night after a battle with cancer.) 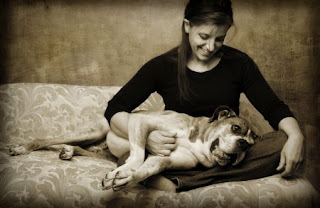 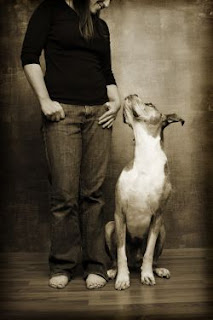 Email ThisBlogThis!Share to TwitterShare to FacebookShare to Pinterest
Labels: My Awesome Colleagues, Paying it Forward

Love Pinterest? If you're a #photog check out this new dedicated pinning site!


One of the latest sites to explode onto the scene has been Pinterest, where users can "pin" anything from wedding ideas, recipes, photographs, etc onto their "board" to share with others. There's no denying it's been huge, but because of the wide variety of content it can also be more than time-consuming when searching for a particular item.

Enter TheShootIt.com, a site dedicated completely to photographers. Here, you can "pin" photographs into areas such as seniors, weddings and modeling. Users can also look for tips on gear, editing and education, or simply unwind with some "photography humor".

Use the site as an inspirational tool before a session, a place to show off your latest images, or simply an easy route to view and share what others across the world are doing in and out of their studios.

Photographer Jen Hillenga says "Love a new toy. Time for me to share. A place where I can share and get inspired is just starting and they asked a couple pros to play. Going to be huge."

In-Person Sales On Your iPad? Check this out . . .


When you ran out and purchased your iPad, you probably told yourself that you would use it for business. You convinced your business partner (or significant other) that you needed it because it would make selling your work so much simpler.

Well, now you're no longer telling a little white lie.

Check out Preveal, the application that turns your iPad into a bona fide sales tool. With it, you can photograph the room in which the prints will be displayed, set the room size and bring it up onto your screen.

Once you've done that, then select the templates for the size(s) of the images you'd like to show the client.

Now you can do your in-person sales wherever you go, simply and quickly. (Imagine what this will do to your wall portrait sales; suddenly that "big 8x10" is going to look like a postage stamp!)

Preveal is scheduled to be released in the coming days, but you can check it out at the link below and sign up to be notified the minute it's available.

Posted by David Grupa at 6:15 PM No comments: 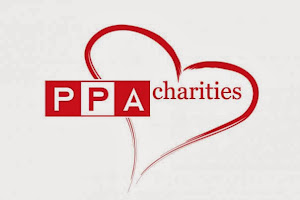